Children and Money: Teaching Them to Fish 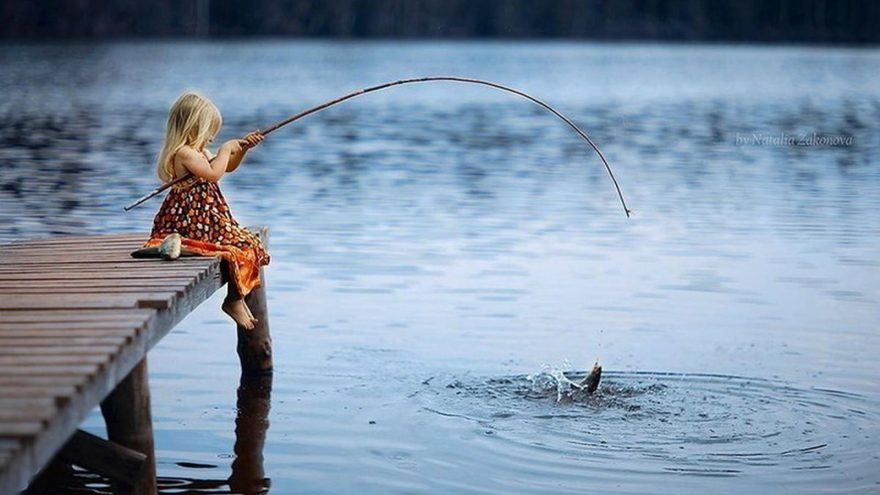 One of my favorite financial planner stories goes like this: A financial planner gets on a plane, tired after a long day. The guy next to him attempts to start a conversation by asking him what he does for a living. The financial planner, figuring he could bring the encounter to a quick halt and take a nap, mentally carves out a tiny portion of his job duties and says, “I sell life insurance.” His fellow passenger, undeterred, boasts, “Ha! I just did all my estate planning and bought a bunch of life insurance. My kids will get everything. They’re set for life. They don’t even know.” The financial planner answers, “Oh, so you mean you robbed them?”

The financial planner in this story goes on to explain to his fellow passenger that it’s not the money you need to pass down, but the skills and values that have helped you build wealth. Money can disappear overnight, especially in the hands of those who have no skills to manage it. The old adage applies: Give people a fish and they will eat for a day. Teach them to fish, and they’re fed for life.

I’m a huge advocate of giving children an allowance for this very reason. As a general parenting philosophy, I believe it’s important to let kids have age-appropriate opportunities to screw up when the stakes are low. Direct experience and its consequences are the best teachers. I’d rather my daughter learn that it’s not such a great idea to put the heaviest block on the top of the tower when she’s three years old than wait until she’s 15, when I need her to stack the dishes in the cupboard. It’s the same with money: You want your kids to learn early.

Here’s another belief of mine: We don’t know what’s “sticking” in our children’s brains. Think about it. Memory is such a subjective and selective thing. Almost everyone has a lesson they learned about money that stuck with them. Most of us heard a parent or influential adult say something about money that influenced our beliefs about it, like “money doesn’t grow on trees.” The best thing you can do for your kid(s) is to let them have lots of opportunities to form their own beliefs about money — for example, not spending more than you have, avoiding deficit spending, delaying gratification — so they can form good money habits early. These are crucial life skills, and they don’t get built through our lectures.

I don’t claim to be an expert in this area. Most of my training has come from financial counselor Kathryn Amenta and from my son and daughter, who have been receiving an allowance since the oldest turned five. I encourage all my clients to give their kids an allowance, even if they are much older than that. Better to learn hard money lessons as late as college than when they get their first real paycheck.

How to make it work? Stay tuned.