Children and Money: The Beauty of an Allowance Plan 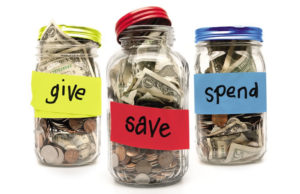 In my last two entries, I’ve explained how important it is to teach children early about money so they gain the skills and the values you want them to have to build their own wealth. I’ve also outlined what I do at home to help teach these skills. While I knew this would benefit my kids, I never foresaw some of the biggest benefits that we’ve gotten.

As you can see, the benefits of managing money early are enormous. My experience as a financial planner is that few of us are taught how to manage money as kids, if ever. Few people are hard-wired to handle their money in a way that honors the time and hard work they sacrificed to get it. Give your children this gift. Teach them to fish.